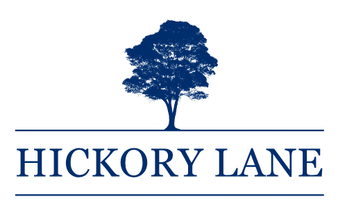 Joshua Pearl is the Founder and CIO of Hickory Lane, a long/short equity asset manager. He focuses on equity investments and special situations utilizing a fundamentals-based approach. From 2011-2020, he served as a Managing Director and Partner at Brahman Capital. Previously, he structured high yield financings, leveraged buyouts, and restructurings as a Director at UBS Investment Bank. Prior to UBS, he was an investment banker at Moelis & Company and Deutsche Bank (2003-2011). He earned his BS in Business from Indiana University's Kelley School of Business in 2003. He is also the co-author of Investment Banking: Valuation, LBOs, M&A, and IPOs and The Little Book of Investing Like the Pros.

Marc Abel, CPA, MST is the Chief Financial Officer and Chief Compliance Officer of Hickory Lane. He leads accounting, tax, finance, and operations, as well as implementing best practices and compliance. Previously, he was the CFO of Aurmedis Global Investors, a U.S. consumer/TMT-focused long/short fund (2016-2020). Prior to Aurmedis, he was the CFO/CCO of Eisenstat Capital Partners (formerly Dabroes), a European-focused long/short fund (2008-2016). Before Eisenstat, he was CFO/CCO for Stonebrook Fund Management, a U.S. long/short fund (2001-2008). Before Stonebrook, Marc worked at Ernst & Young as a tax compliance manager (2000-2001) and at Rothstein Kass in the audit and tax compliance departments (1992-2000). He earned his B.S. in Accounting from Washington University in St. Louis in 1992 and his M.S. in Taxation from Seton Hall University in 1998. He is a New York State Licensed CPA.

Victor Xiang, CFA, CAIA is an Analyst at Hickory Lane, where he focuses on equity investments in the technology/media/telecom sectors and special situations. Previously, he was an analyst intern at Brahman Capital (2020) and Owl Creek Asset Management (2019). Prior to Brahman, he was a senior analyst at Centre Asset Management covering global equities from 2015-2018. Prior to Centre, he was a distressed credit analyst at Debtwire from 2013- 2014. Victor received his B.A. in Accountancy from Baruch College in 2013. He earned his M.B.A. from Columbia Business School in 2020 where he was a graduate of the Value Investing Program. Victor is also a CFA and CAIA charter holder.

Adam Friedman, CFA is an Analyst at Hickory Lane, where he focuses on equity investments in the industrials sector. Previously, he was an equity research associate at Seaport Global Securities on the Aerospace & Defense team (2017-2020). Prior to Seaport, he worked at Wolfe Research on the Airlines and Aerospace & Defense team, which received a #1 ranking from Institutional Investor (2016-2017). Adam graduated from UCLA with a B.A. in Economics in 2016 and is a CFA charter holder.

Michael Nave is an Analyst at Hickory Lane, where he focuses on equity investments in the consumer sector. Previously, he was an analyst intern at Moore Capital Management (2019) covering consumer equity. Before Moore, he was a research analyst / associate covering U.S. equities at Lateef Investment Management (2014-2018). He earned his M.B.A. from Columbia Business School in 2020 where he was a graduate of the Value Investing Program. Michael received his B.A. in Economics from the University of California, Berkeley in 2014.